In 2010, the band started out as Ginger's simple idea: she loved Paul's fiddling and wanted everyone in the world to enjoy it, too. With some encouragement and conversation (enhanced greatly by guacamole and nachos), Ginger and Paul got Kristie to practice and eventually perform regularly since 2011. In 2013, with the additional enticement of frosty cold IPAs, the three looped in Mark to the family.

The four played regularly until Kristie left the area for a job opportunity in Ohio, at which point, Indian Run Duo formed. For larger performances, Chris Webb and several other Old Time aficionados filled in on a part-time basis. Today, Indian Run Stringband is led by Ginger and Paul, with a semi-regular rhythm section including Chris and Kristie (who's vowed to never leave the NRV again).

Just as the old saying goes "it takes a village to raise a child", so should it take a village to sustain a community-based, traditional, and all-inclusive Old Time band. IRSB welcomes and values all the immensely talented players who've performed with the band over the years and welcomes all interested pickers to come to our shows. We love to perform traditional songs and tunes (from the rare to the well-loved), encourage the meek to dance, and instill in you a passion for Old Time music and life.

We appreciate all the support from you, our community, and in turn offer our genuine enthusiasm for music, family, and tradition. 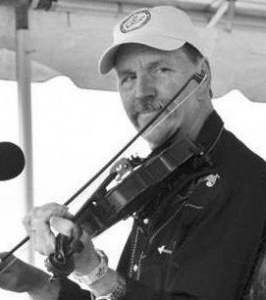 Paul Herling began playing fiddle during the old-time revival of the ‘70’s, and learned firsthand from masters such as Tommy Jarrell, Albert Hash, and Marion Sumner. He has performed for many years at festivals, dances, schools and concerts and has won numerous awards. 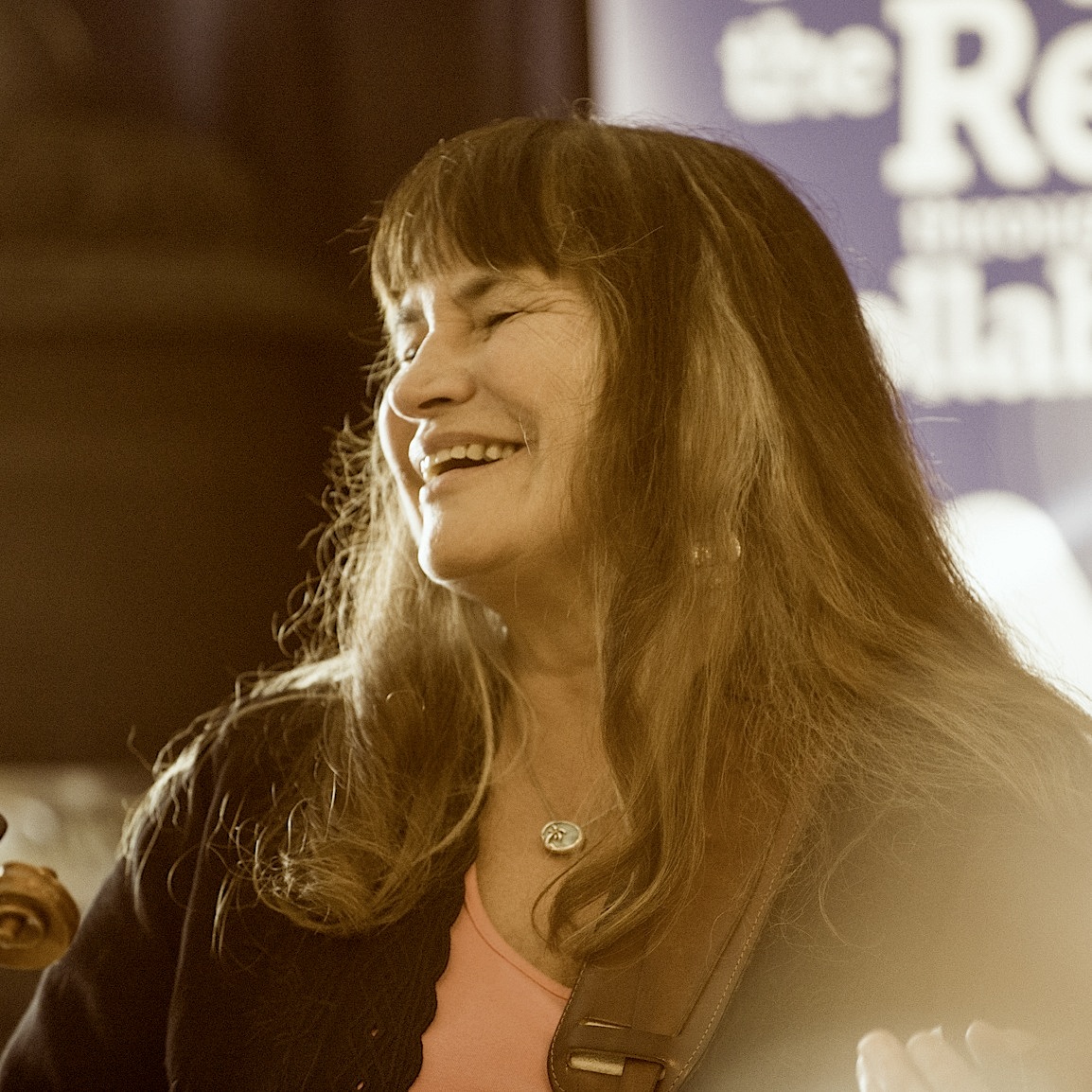 Ginger Wagner took up clawhammer banjo in the late ‘70’s, learning from traditional players including Dwight Diller and Mac Traynham, and has played at many dances and festivals. She performed for several years with the Blacksburg Hoorah Cloogers and is an experienced dance caller. 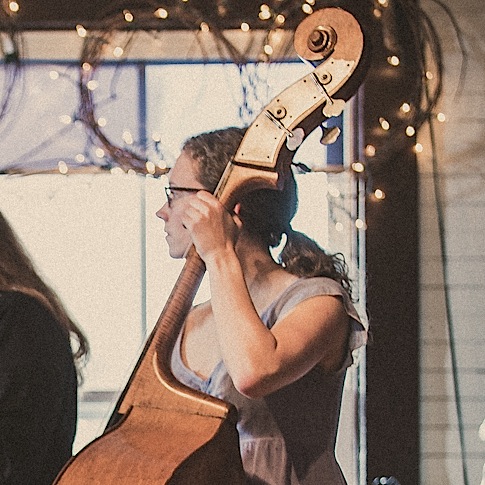 Kristie Dorfler grew up playing in classical symphonies and quartets beginning at 11 years old. She can safely say that she is a full convert to "the dark side". Although you shouldn't be surprised if you see her playing blues open mic incognito… 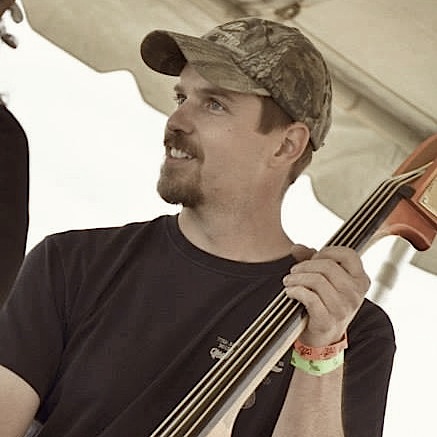 Chris Webb is a jack of all trades and all-around good guy. He's played guitar and bass for longer than anyone wants to remember and is a frequent jammer in the NRV scene. 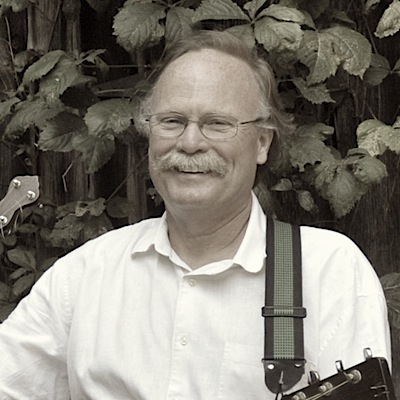 Mark Barbour has been playing in old-time bands for over 30 years. His guitar style has been greatly influenced by Riley Puckett of the Skillet Lickers and Roy Harvey (with Charlie Poole). 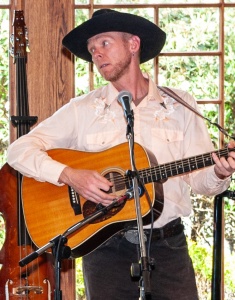 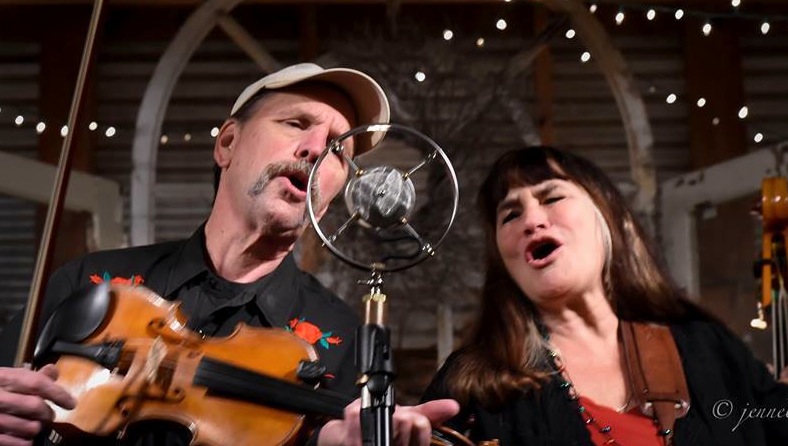 We sure do miss getting out and playing together, but have stuck to the Covid-19 quarantine during this cold winter. Lots of ice and snow and freezing temperatures here in the New River Valley!

Understandably, this put a kibosh on our summertime jams on the porch that continued into jamming on the deck as the fall brought chilly weather.  We even bought a small outdoor gas heater that helped, but eventually it got too cold for our fingers to play outdoors on the deck.

We were lucky to have outdoor gigs about once a month through the summer and early fall of 2020 that kept us playing. We loved sharing our music at an outdoor concert with guests at Mountain Lake Hotel by the gazebo and enjoyed playing at a couple of outdoor private parties, the Blacksburg Farmers Market, and on the porch at the Wilderness Road Regional Museum's Living History. We closed out the fall with a Halloween gig at the Sinkland Farms Pumpkin Festival, complete with a background of antique tractors!
Check out our photos to see all the fun that was had!

As the spring warms up, we plan to play tunes again on our deck (did I mention Margaritas?). Looking forward to playing in May at the Brewridge Festival at Mountain Lake and also playing for a small square dance as the warm weather makes outdoor entertainment a possibility.  Hope to see you soon! 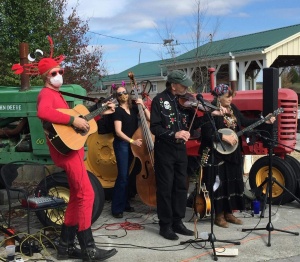 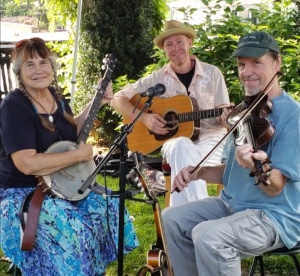 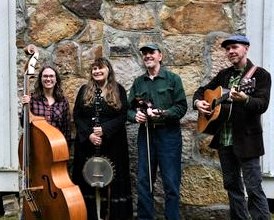 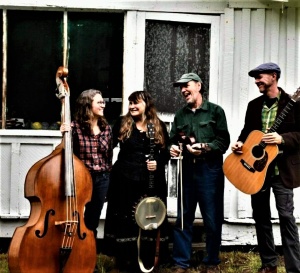 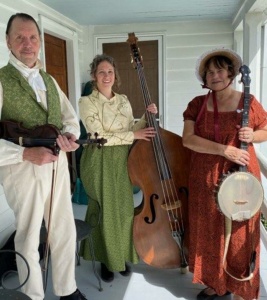 Keep On Keepin' On

It's been a rough year, folks. We're lucky to all have our health and safety here are IRSB, but we know that there are many struggling for the last several months. Nearly all of our shows were canceled from March to September, but were able to do a few socially-distant gigs here and there during the last few months. All the festivals, shows, gigs, events, and brew-ha-has we were looking forward to in 2020 have all gone by the wayside. Here's to a more musical future for us all.

On a lighter note, we've been able to get some playing in the last several weeks down by the shores of Indian Run (check out the Audio & Visual page!). If you drive down our road on a Sunday evening, you just might hear some foot tapping, blues-beating music ambling down the happiest hollow in Blacksburg.

Until we meet (in person) again.

Book us for your event today!